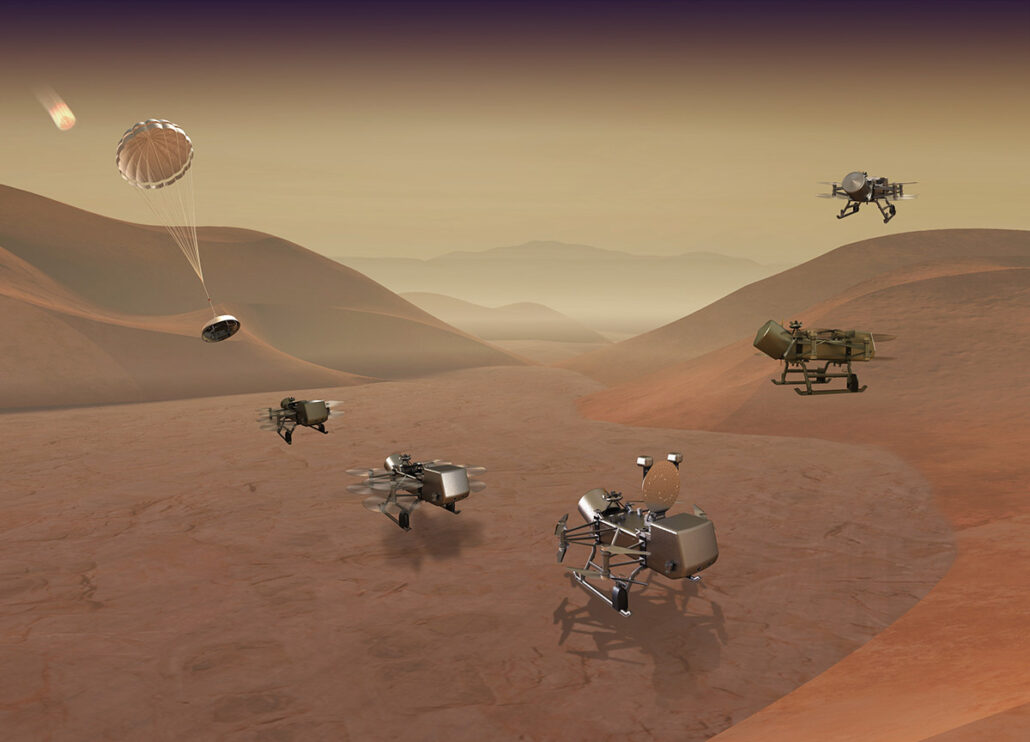 Dragonfly is a rotorcraft lander being designed by the Johns Hopkins Applied Physics Laboratory in support of NASA’s New Frontiers program. The Dragonfly dual-quadcopter will be sent to explore Saturn’s moon, Titan, and to take a variety of in-flight atmospheric and surface measurements. Titan’s dense atmosphere and low gravity make it an ideal candidate for an aerial exploration vehicle making it able to cover tens of miles of Saturn’s moon in under an hour.

In order to acquire surface samples, Honeybee Robotics has been contracted to design a pneumatic transfer subsystem called DrACO – Drill for Acquisition of Complex Organics. DrACO acts similarly to an everyday vacuum cleaner, using a high-speed pump and the external atmosphere to acquire, store, and analyze samples of loose particles on Titan’s surface.

A high-fidelity DrACO prototype has been successfully tested in a state-of-the-art “Titan Pressure Environment Chamber (TPEC)” that was custom built for this mission by Johns Hopkins APL. This chamber mimics Titan’s 1.5 atm and -181 °C atmosphere and puts the equipment to the test. An Ultra Motion Servo Cylinder was used to move a pneumatic suction tube up and down to the imitation Titan surface within the TPEC, emulating what Honeybee Robotic’s drill will do on Titan. The Servo Cylinder was insulated in order to maintain an acceptable temperature for operation while exposed to the -181 °C temperature. The Servo Cylinder has built-in temperature feedback and a special heating firmware that makes use of non-torque generating phase currents to turn the motor into a heater for extremely cold ambient environment applications. 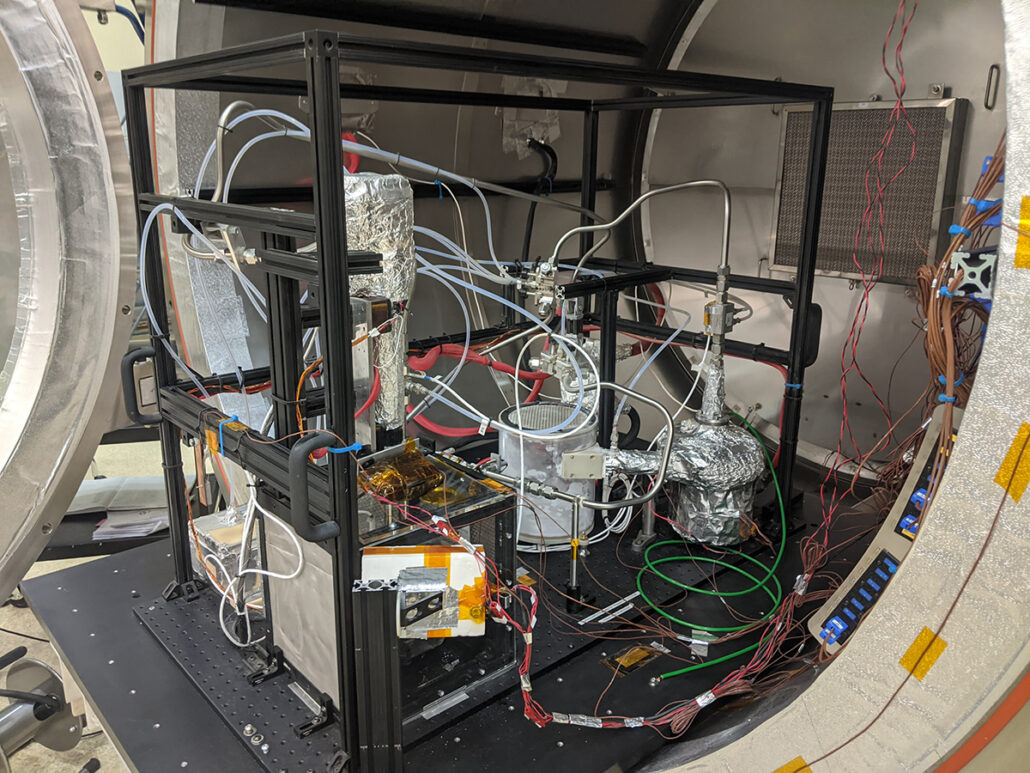 New CAN Protocol For Servo Cylinder